Yeap. This is going to be one of those testy posts.

NYorkers voted 57% in favor of making the state a casino mecca.

How did they make that decision? 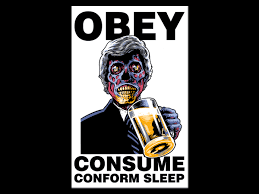 The same way that the Washingtonians voted against their own interest and defeated a bill that would have required the labeling of genetically altered foods: they listen to the mermaids singing. In NY- politicians like Gov. Cuomo and state legislators who themselves got millions in campaign donation from foreign fat casino moguls.  In Washington, Monsanto and other corporations spent 0ver 11 millions in the campaign. We the people have NOTHING to win in these bets, only the moguls and our ‘misleadership’ (as the  guys from Black Agenda Report call politicians) win.

There will be homegrown compulsive gamblers, billions of dollars will be sucked out of the state to the foreign homelands of the moguls… Money spent in  casinos is money that does NOT circulate in the community. Don’t expect your misleadership to tell you that.

No significant $$ goes to mental health services to treat the compulsive gamblers because, hey, we want you to gamble, why cure you? That would cut into the profits.

There’s a reason why OMH in NYS, as in many other states, compulsive gambling is NOT considered a mental illness.  Your compulsion doesn’t qualify you for any services because, well, the government took you by the hand to the doors of perdition (with advertizing and ‘regulating’ casinos’ comps) knowing that casino gambling creates addiction and destroy lives. Admitting that gambling is addictive and a disorder that requires services would be admitting that it is the government who is causing this problem.

Good luck. You are going to need it.

But what do you expect? These are the same politicians (Cuomo) who told you they were creating an Ethics Board to keep our bureaucrats honest, but then decided, after you were not paying attention, that it was not such a great idea after all and ‘sabotaged’ themselves. See Cuomo’s Office is said to rein in Ethics Board he created.

With marijuana, at least you can claim it is ‘medicinal’. What positive effects on your body can you claim about gambling on machines fixed to suck your money out of your pockets with their hypnotizing visual ‘themes’ and repeated-at-nauseum ringtone-like excerpts  of famous TV shows songs? With loaded dice and roulette balls? Jobs? Really? Have you studied the stats of job creations by casinos in NJ? I mean REAL stats, not the ones cooked for you by the misleadership. And don’t ask me for the data now, it’s too late for that. Go look it up yourselves if you want to know.

What’s the point of digging the right data and the right interpretation of the data for you  if you are going to listen only to the magic words of your elected misleadership ‘come, trust me, it’s good for you’?

Propaganda is like  the flakes we sprinkle over the water in the fish tank for the captive, starved fishes: they look up and say ‘yum’ and go in an eating frenzy an eat and eat a lot of nothing mixed with water and start pooping all over the tank. Well, something like that, sort of. Ok, bad metaphor.

Look, the point is that propaganda is like a solvent that melts your brain and leaves your skull empty ready to receive  anything that the politicians and the corporations want you to do. People don’t think, they follow instructions.

People, YOU MUST THINK.  WAKE UP.

Posted in gambling, in the news, mental health politics, politics